When splitting part of a multi-part polygon, one part remains with the original (unsplit) feature, while the other part becomes a new feature. The part that remains with the original feature as a multi-part polygon is merged. However, it may be necessary to unmerge and switch the parts of the polygon. Consider the island of Borneo to represent a multi-part polygon, with each part belonging to a different country. The portion of Malaysia on Borneo must be associated with the portion of the Malay peninsula, but the Cut Polygons tool may associate the Indonesian (or Bruneian) part of Borneo instead. In the image below, this error must be rectified. 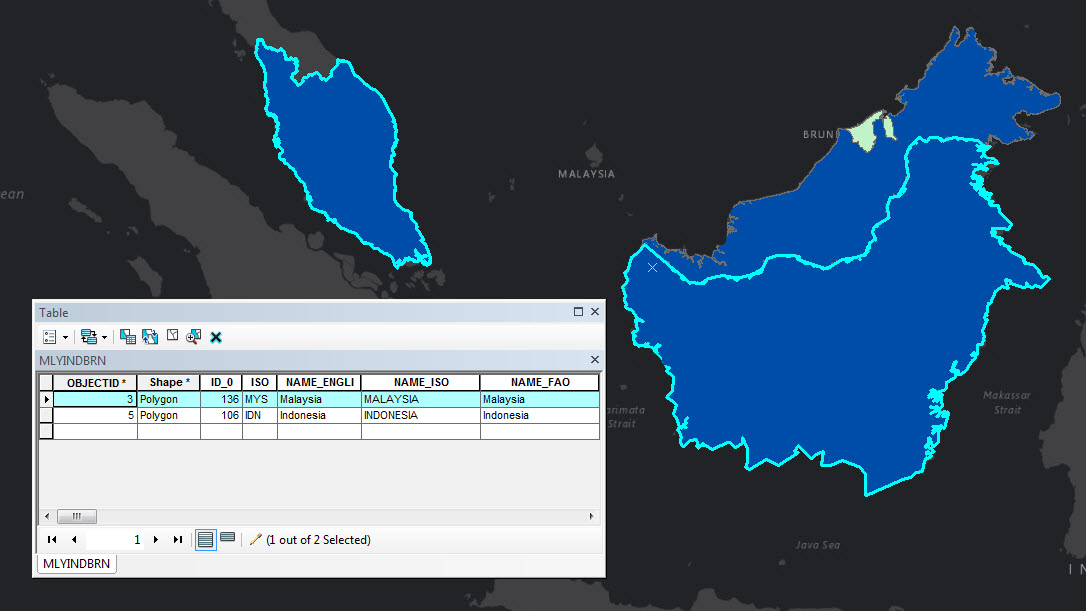 This article describes how to unmerge the multi-part polygons and select another polygon to be associated with the original feature within the layer.