How To: Generate a manifest file for custom and/or extended runtimes

When registering a custom runtime with ArcGIS Notebook Server, administrators have the option to include a manifest file. This file is a JSON-formatted listing of the libraries included within the Python environment, and including this file allows users to see the listing within the Notebook Manager application.

Once the steps to build a custom container image have been completed, run the commands below on the machine hosting Docker before moving on to registering the runtime with ArcGIS Notebook Server. The custom image ID (shown as '<custom_runtime_image_ID>') can be pulled from the output of 'docker image list' and must be replaced on either the Bash (for machines running Docker on Linux) or PowerShell (for machines running Docker on Windows) commands before executing them.

The image below shows the command line output of a custom image ID example from running the a docker image list command:

The generated manifest.json file, located in either the user's home directory (Bash) or the Desktop (PowerShell), can then be uploaded during the runtime registration in either the Notebook Manager or Notebook Server Admin application, which may require transferring the file to the machine you're registering the runtime from.

The following image shows the custom image ID entered into the Register Runtime dialog, as described in Register a new runtime in Manager: 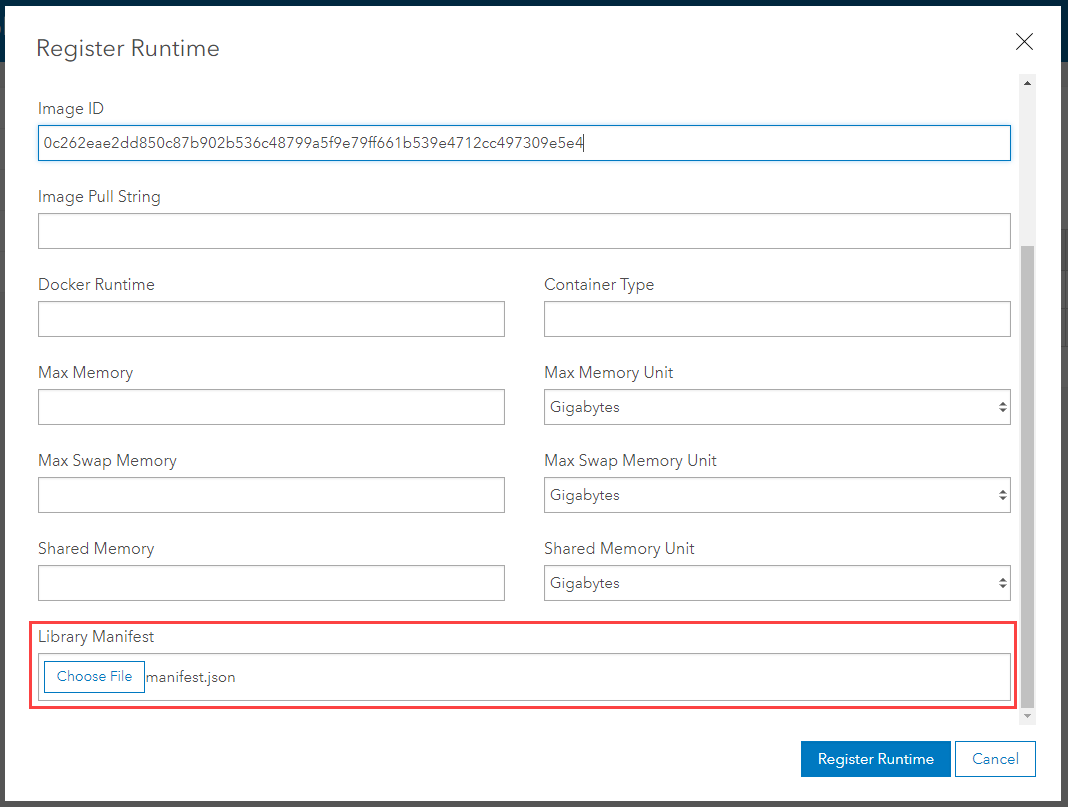 The image below of ArcGIS Notebook Server Manager shows the list of Python libraries included with the runtime. 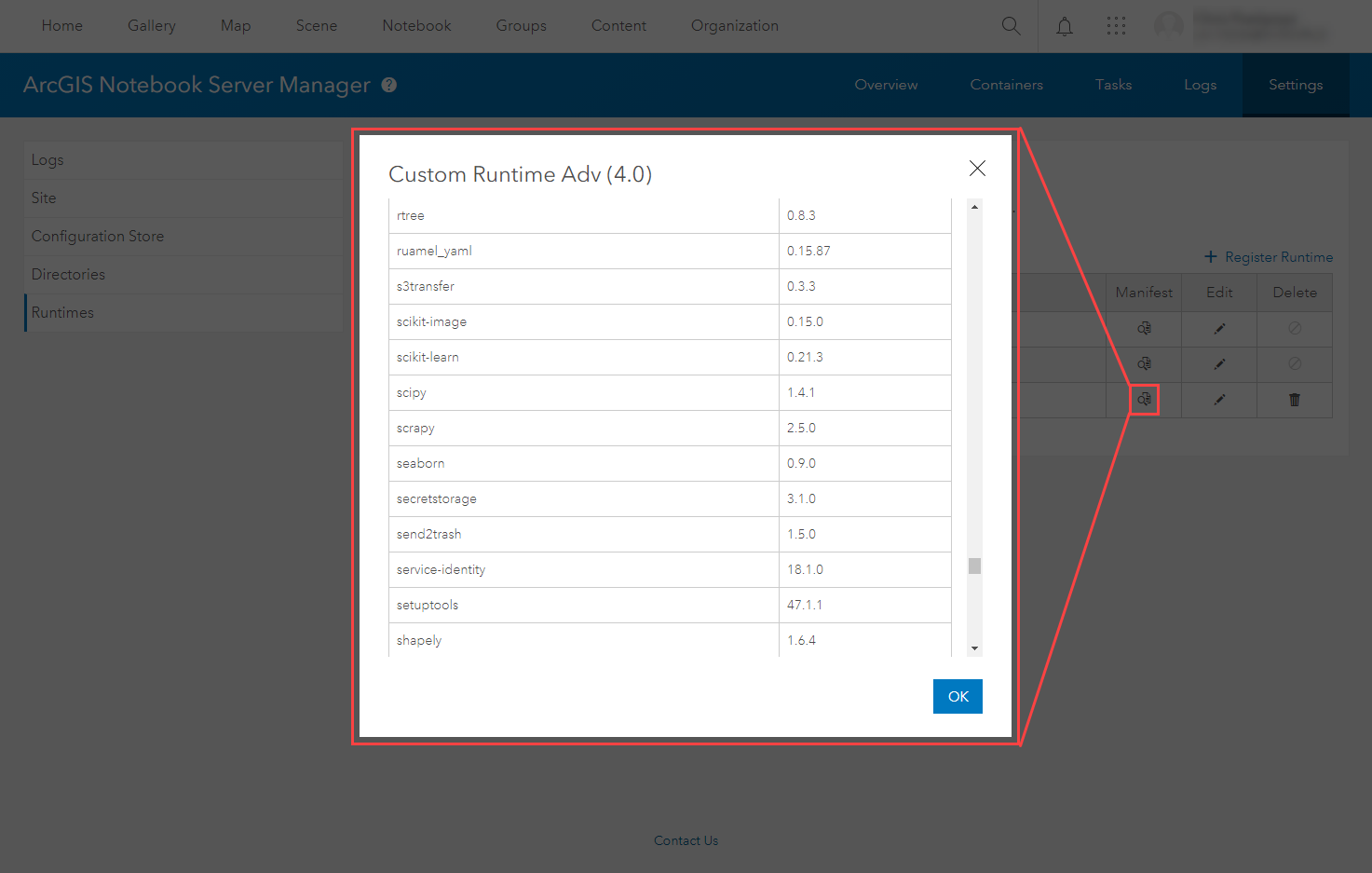