In ArcGIS Business Analyst Desktop, statistically invalid results may be returned when enriching small sites and/or polygons that are comparatively smaller than a block group polygon.

Before beginning a discussion of how append/spatial overlay works in Business Analyst Desktop, it is important to understand some terminology used to define census geographies in United States.

The smallest unit of census geography in United States is the Census block. The census block is contained in a block group that within a census tract. Census tracts are contained within counties, and counties are then contained in states.

Census tracts according to Census website, can contain 1,200 to 8,000 people, with an optimum size of 4,000 people. The census website states that, the tract boundaries are delineated with the goal that, the delineation be maintained for a long time, as this allows statistical comparison from census to census.

Census block groups according to census website contains 600 to 3,000 people. Each census tract contains at least one block group, these Block Groups are uniquely numbered.

For more information about how the weighting works, the ArcGIS REST API document: Data apportionment.

Business analyst data comes with a feature class called USA_ESRI_20XX_blocks that resides in the block_data geodatabase. This feature class is used in the apportioning of the data. The feature class contains demographics attributes that are used for weighing all variables and include population, households, housing units, and business variables.

The following simple example illustrates why one may see unexpected results after running the Spatial overlay/Append tool. 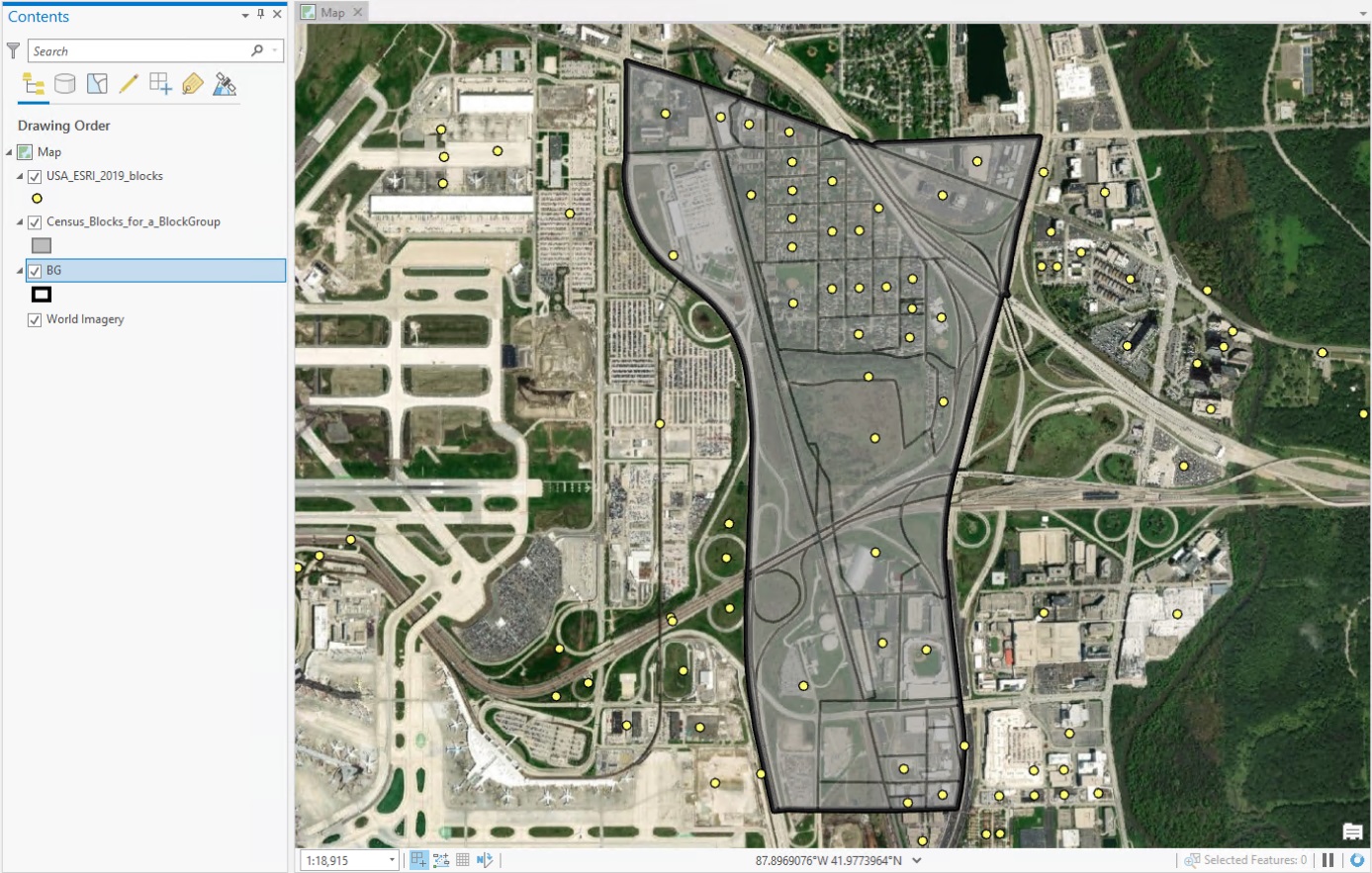 In this example we are enriching the census blocks that reside in the block group polygon. As mentioned previously, the census block points from Esri have weights for population, household, business, and weights for other attributes. When Append/spatial overlay or Enrich is carried out, these individual weights for the respective blocks are multiplied by the corresponding variables from the Esri block group layer.

The calculations are statistically valid if they can round up to at least one. From the above table only 2019 Population Age 1 variable will be rounded to one, the others will be rounded to zero. Similarly, if all the incremental variables are summed up and compared to the total population for the block group, then the number can be more or less that the total population.

This discrepancy is expected because when enriching a site/polygon that is small and envelops just one census block point, the calculation becomes problematic and the results returned may be statistically invalid. If the same analysis is carried out on polygons that overlap more census block points and block group boundaries, then the results will be more accurate.