There are known issues with certain February 12, 2019 Windows updates and Internet Explorer such as:

There may possibly be others.

This issue causes various load errors and image errors for Web AppBuilder applications in Internet Explorer. Notably, apps with customized icons for their widgets seem to display errors. Primarily this has been seen with WebApp Builder for Developers, but may affect some versions of Portal for ArcGIS or downloaded applications. In testing, no issues were seen with ArcGIS Online or with Portal 10.6.1, however this has been confirmed to impact Portal 10.4.1, where the following errors are returned:

Configured custom images may also fail to load, with theme errors such as the following: 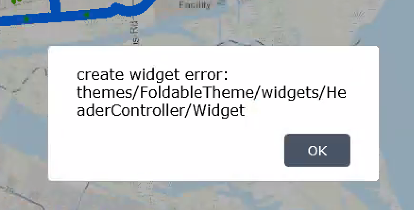 This is a known issue. According to Microsoft Update KB4487017: "After installing this update, Internet Explorer may fail to load images with a backslash (\) in their relative source path."

This issue may be resolved by implementing one of the following: