How To: Edit the common boundary of polygons from different shapefiles

The map below shows two federal territories (Kuala Lumpur and Putrajaya) and two districts in the state of Selangor (Petaling and Hulu Langat) in Malaysia, which are adjacent to each other. These different shapefiles are merged and subjected to map topology to ease editing or boundary refinement. 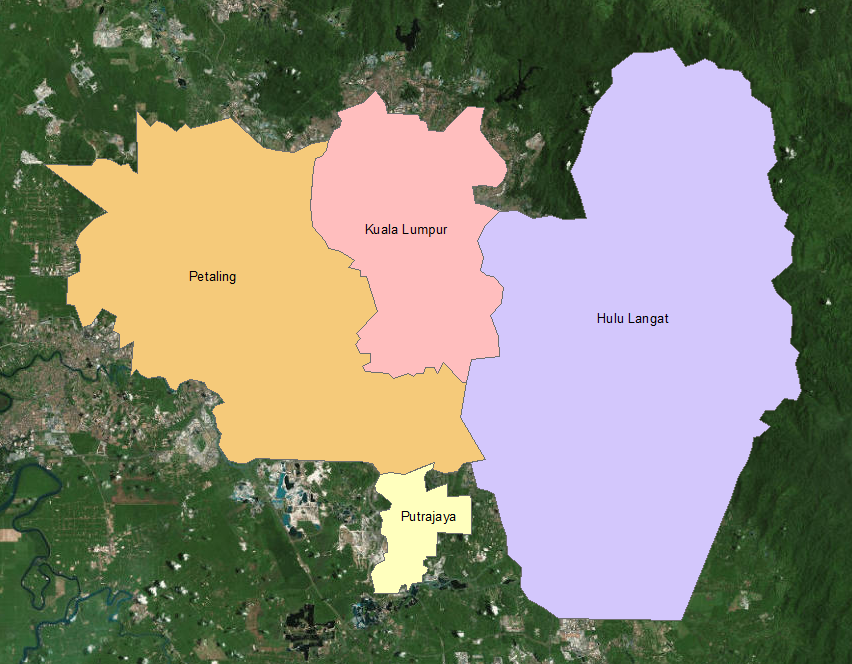 The following workflow describes how to edit the common boundary of polygons from different shapefiles: