The scale bar in ArcMap utilizes a planar (flat earth) method when measuring distance and does not take into account the curvature of the earth. The planar method uses 2D Cartesian mathematics to calculate lengths and areas.

Meanwhile, Business Analyst Online utilizes the geodesic (spheroid) method when measuring distance which takes into account the curvature of the earth and measures using an algorithm based on the WGS 1984 Web Mercator (Auxiliary Sphere) projection to give an accurate measurement.

For example, when creating a five miles ring from a point in Business Analyst Online, a circle is drawn around the point on a 2D surface that represents a 3D sphere, measuring five miles in all directions to create a ring. However, when using the scale bar in ArcMap to measure the same extent, the measurement displayed on the scale bar is larger than five miles depending on the location of the measured distance on the map. 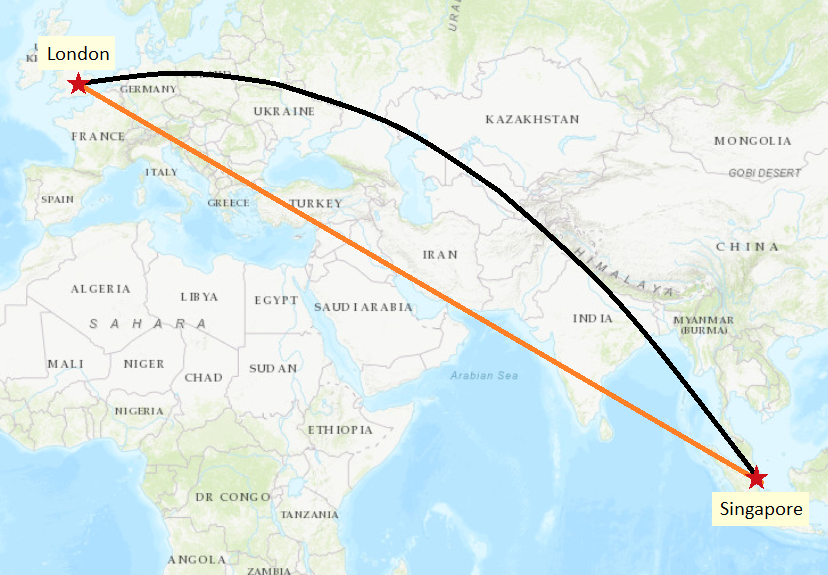 The measurement discrepancy between measuring in Business Analyst Online and the scale bar in ArcMap increases as the measured feature is farther from the equator due to the WGS 1984 Web Mercator (Auxiliary Sphere) projection used in Business Analyst Online. WGS 1984 Web Mercator (Auxiliary Sphere) uses a conformal projection, which preserves direction and the shape of data but distorts distance and area, with the greatest distortion in the north-south direction. 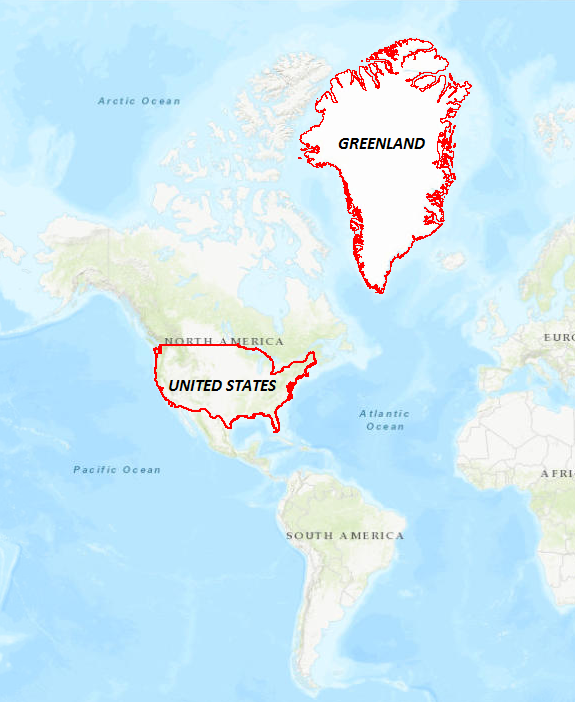