A map can be printed out from the web map viewer using the Print widget. In some cases, although all features are displayed in the map on the screen, the features do not show up in the preview.

For example, all parks are displayed on the screen in the following web map:

However, when printing the web map, no parks are displayed. 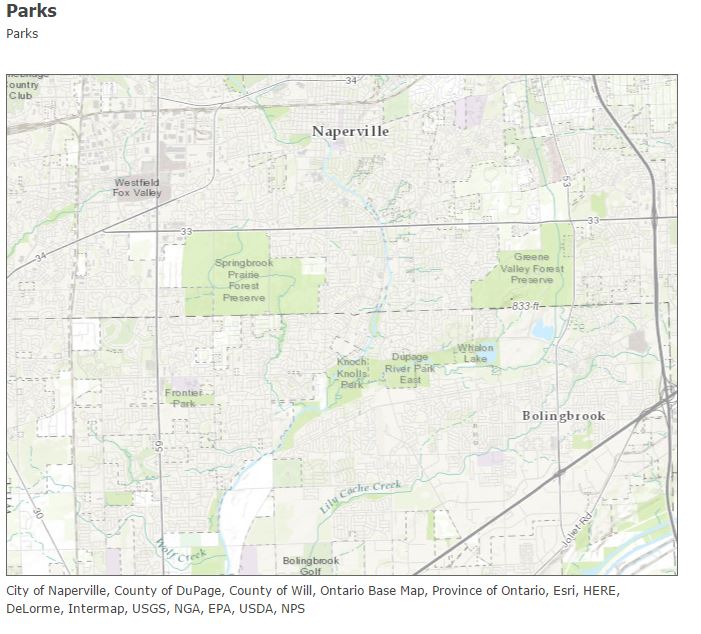 Change the visibility range of the web map for the feature layer.

Option A: Save the visibility range of the web map to the feature layer property through the web map viewer

Option B: Change the visibility range property of the hosted feature layer through the Visualization tab