English
Menu
Technical Support
Back to results
Print Share
Content feedback is currently offline for maintenance. Please try again in a few minutes.
Is This Content Helpful? Search on GeoNet Submit to ArcGIS Ideas
Back to top

Problem: The Feature Class To Shapefile tool fails to execute when the input feature class is in a group layer

In ArcMap, when a feature class is within a group layer, the Feature Class To Shapefile tool fails to convert the feature class to a shapefile with the following error:

If a group layer is used as the input feature class, the Feature Class To Shapefile tool fails to create the output shapefile because the folder used to store the shapefile is not created.

However, the tool fails to detect the file path to store the output shapefile because the path, with the group layer folder added, is not recognized as a valid file path.

Use one of the following workarounds below to solve the issue. 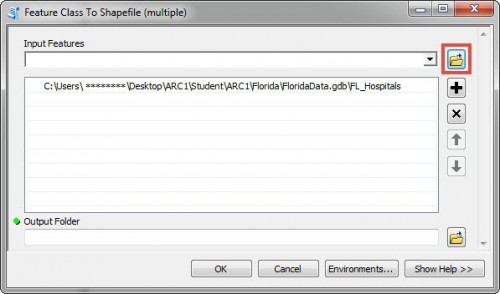