How To: Update a table with the changes made to a related table

ArcGIS for Desktop does not have a geoprocessing tool that automatically updates a table when a change is made to a related table; however, this can be accomplished with a model or a Python script.

Consider a scenario where a group of professionals are tasked to find closed venues and to update the appropriate records from 'Open' to 'Closed'. After bringing this data into the lab, a secondary table must be updated according to the changes made in the first table. There are thousands of records to parse through, and an automated process is needed to update the records in the secondary table.

The requirements for the following procedures are two feature classes, knowledge of either ModelBuilder or Python, and each dataset must have a key field, which in an ArcMap session is used to relate one dataset to the other. For example:

In this scenario, selected records in "fc1" are manually changed to 'Closed'. The below model and script updates all related entries in "fc2" to 'Closed' as well.

Method 1: Update a table when changes are made to a related table using ModelBuilder

1. Add the two feature classes to the model. Right-click each feature class and choose 'Model Parameter' so that this model prompts for the two input tables when run as a tool.

3. Add 'Add Join' to the model, which is a temporary join. Connect "fc1" (the feature class that is updated before running the model) as the Join Table. Connect "fc2_Layer" as the ‘Layer Name or Table View’. The output is another layer ("fc2_Layer (2)"). 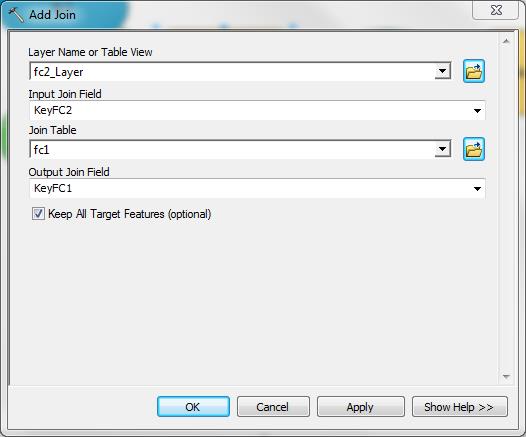 4. Add 'Calculate Field', which calculates the values of a field for a feature class, feature layer, or raster catalog. Have the following inputs: 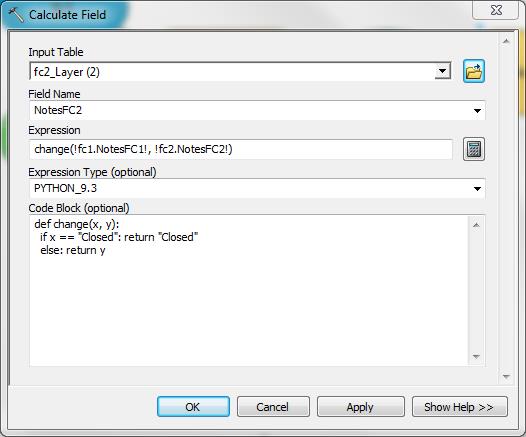 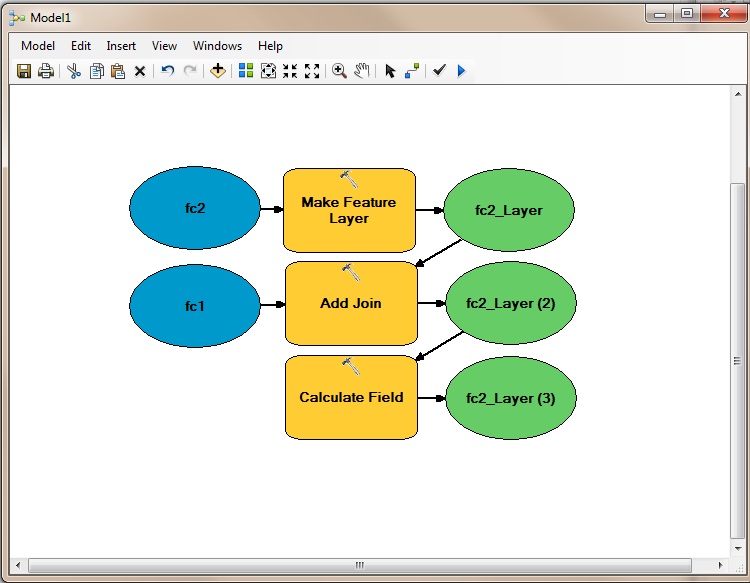 Method 2: Update a table when changes are made to a related table using Python.

This is a stand-alone script that can be run outside of the ArcMap process.

Starting with the 'for' loop, this code reads: