Bug: Union Tool does not list attributes in the correct order when using more than two inputs

When using the Union Tool in ArcInfo with more than two inputs, the attributes are not listed in the order specified in the input list.

The second input's attributes are always listed last no matter how the inputs are inserted.

Listed in the Union Tool as Roads, Cities, Counties. 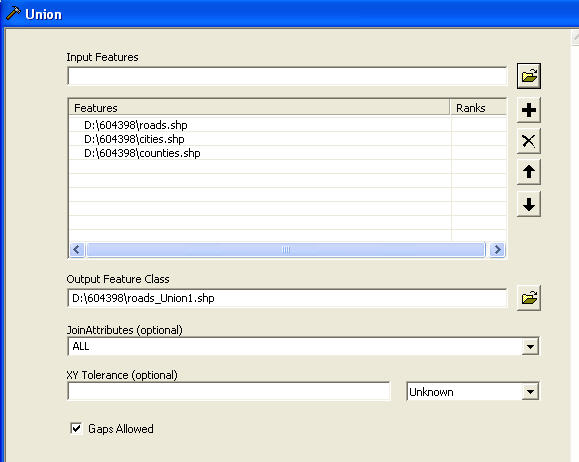 Attributes in the resulting feature will be listed Roads, Counties then Cities.

This is a known issue.

There are two possible workarounds to this issue.