Problem: Reconciling a version is slow or requires a long time to complete

When performing a reconcile occasionally, the reconcile process is slow or requires a long time to complete.

When performing a reconcile, it is important to understand the process of what the reconcile performs internally and why an organization's workflow may have a significant impact on a reconcile's performance.

The state tree's only relationship to a version is the state for which the version references. However, the version hierarchy influences which versions can be reconciled with each other. A reconcile can only be performed on a version to a direct ancestor, such as parent, grandparent, etc.

This does not show, however, the complete story of how versions relate to geodatabase states. In the following example, note that version Editor2 is a child version, created from the Trans_mnt version, but the structure of the state tree and how versions correspond to specific states is not visible. 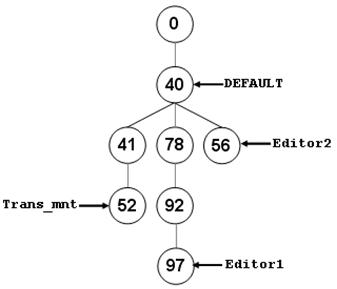 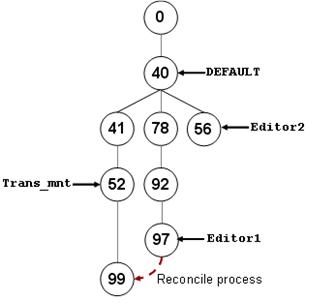 The number of edits in the source version's lineage impacts the reconcile's performance.

If the target version has not been modified since the source version was created and edited, the reconcile process does not have to copy any modifications, since each version shares the same lineage. In these cases, if the user 'Posts' after performing the reconcile, the source and target version are updated to reference the same database state.