FAQ: Why do conflicts occur during a Reconcile?

Why do conflicts occur during a Reconcile?

To manage long transactions in the database, the geodatabase adopts an optimistic concurrency approach to data management. When feature classes or objects are modified, no locks are applied to the data; other editors may edit the same features at the same time or in another version of the database.

Conflicts occur when the same feature class, topologically related feature, or relationship class is modified in two versions: the current version being edited and a target version. Conflict detection only occurs during the reconciliation process.

If conflicts are detected during a reconcile, a message box appears telling you that conflicts exist between the current version and the target version. 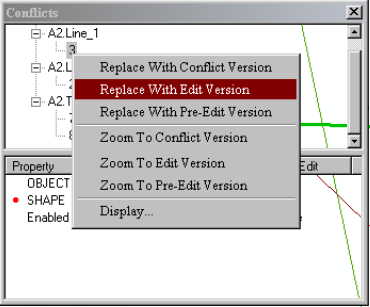 For more information on this topic, search for 'conflict' in the ArcGIS 9.x Help.