In some cases, a point from a point feature class loaded into a network location may appear on the wrong side. 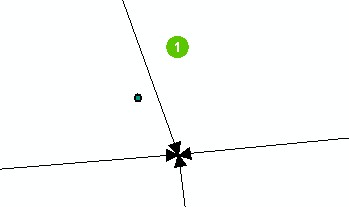 This problem can occur when the street network and the point feature class have different spatial references with significantly different precisions. The SideOfEdge (and other network location fields) is being calculated prior to the geometry being snapped to the spatial reference of the network.

If this problem happens then make sure that the point feature class being loaded into a Network Analyst layer has been projected to the same spatial reference as the input network dataset.