Bug: Display issue with ModelBuilder 10.4 if regional format is not set to English

This bug occurs when a model is edited in another regional and locale format. The scenario and workarounds described below are based on a German example. 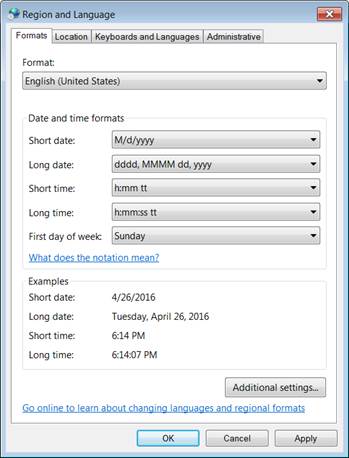 Optional: the regional settings can be set to any format by changing the point/comma delimiter, such as German (Switzerland).

If it is not desired to change these settings or if it doesn’t help, there is no other way to solve the display issue at this time. However it is still possible to use and edit these models.

Editing the models in ModelBuilder still works with some restrictions: