Error: One or more of the added layers has an extent that is not consistent with the associated spatial reference information

When adding a feature class to a map document, the following inconsistent extent warning appears: 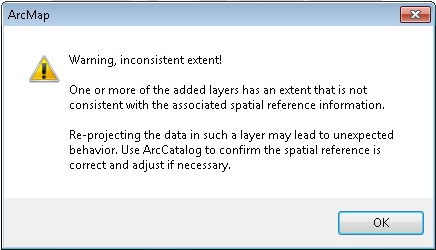 This is caused by features in the dataset that fall outside the extent of the feature class. 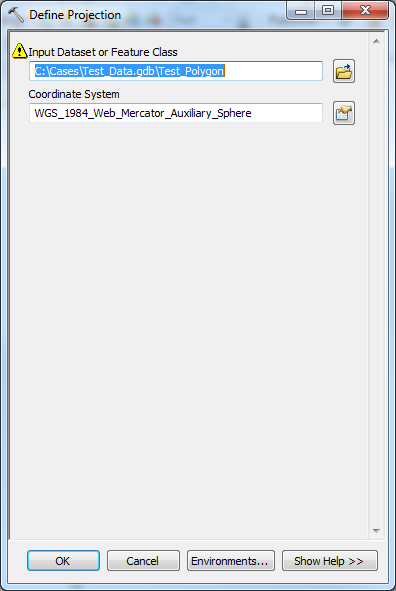 To recalculate the feature extent, right-click the feature from the Catalog window and click Properties.... Click the Recalculate button on the Feature Extent tab. 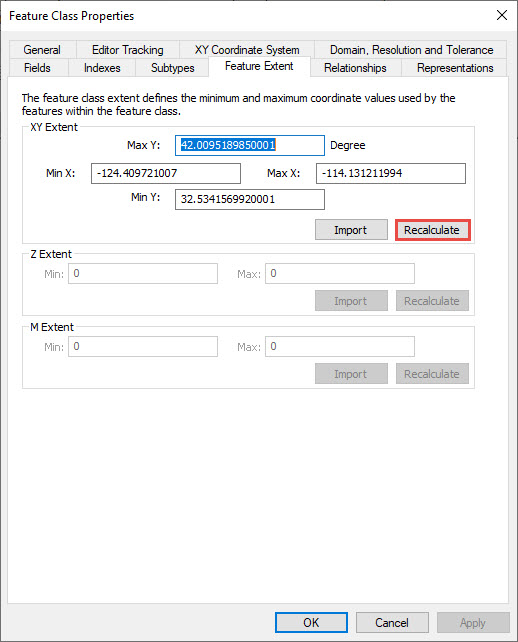